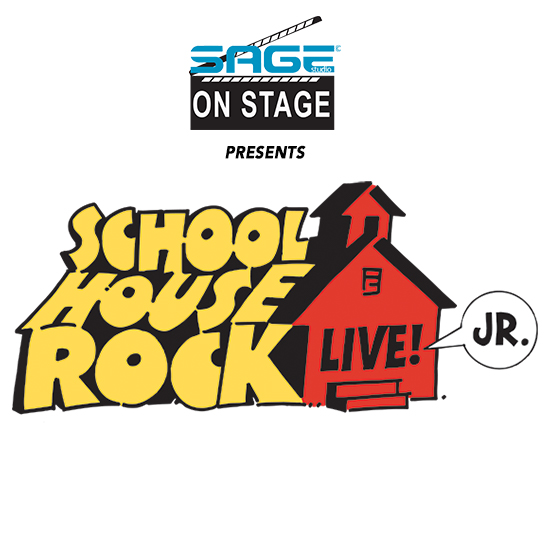 Based on the ever-popular, award-winning 1970s cartoons, this fast-paced musical teaches lessons with clever, catchy tunes.

Raue Center’s Sage Studio is proud to introduce its educational production program, Sage On Stage! This time we’re headed “back to school”!

Based on the Emmy Award-winning 1970s educational animated TV series, Schoolhouse Rock Live! Jr uses the familiar songs from the cartoons to teach grammar, math, science, history, social studies and political science while telling the story of Tom, a young teacher nervously anticipating his first day on the job.

Sage Studio students have spent three weeks honing their musical theatre skills and learning all about the “behind the scenes” of what goes into a mainstage Raue Center show–while working right alongside our cast and crew of professional Chicagoland actors and technicians. Now they put those skills into practice for an audience as part of the youth cast for our very own full-scale production of SCHOOLHOUSE ROCK LIVE! JR., performing for one weekend on Raue Center’s stage!

*Tickets are non-refundable and non-exchangeable. Processing Fee – $3 per ticket charge for all purchasing to support the software that enables online ticket sales. RaueNOW Members do not pay processing fees. Facility Fee – $6 per order charge that helps operate and invest back in our historical venue.