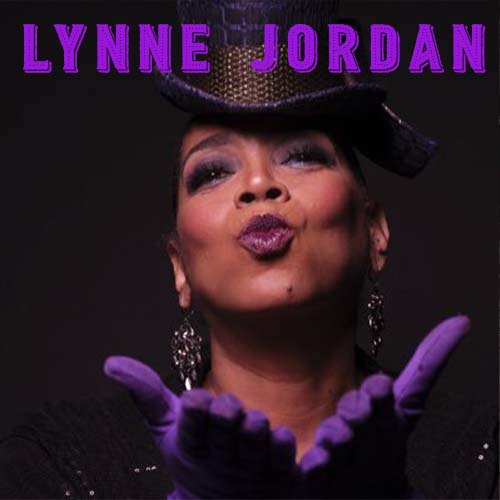 Raue Center announces its new Artist Residency Program with the appointment of vocalist Lynne Jordan for 2021-2022! This new, groundbreaking,  year-long residency will allow us to explore Lynne’s artistry through a series of 5 concerts, recorded interviews, talkbacks, etc.  The Raue Center will not only explore and develop her original work as “diva in residence”  but also delve into some of the more poignant storytelling styles that have made her a favorite daughter of Chicago for over 30 years.

Lynne Jordan’s residency is possible due to the generous support of Pamela J. Althoff. 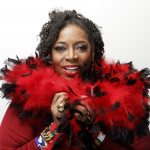 In a city (Chicago) brimming with classic blues and jazz divas, Lynne Jordan stands apart. Not only do her soaring vocals dip effortlessly into blues, jazz, funk, rock, and even country but her personality wins over any crowd. Her talent so dazzled the Second City that the late Chicago film critic Roger Ebert declared her his “favorite diva.” Backed by her sizzling band The Shivers, Jordan quickly developed into a Chicago institution, playing jazz and blues clubs, The Chicago Bluesfest, swanky lounges, and even the charity circuit throughout the country. She brought her special brand of storytelling, raw humor, and performance to Chicago, New York, and Atlanta with her sold-out show, A Musical Tribute to Nina Simone.

She performed as an Arts Ambassador representing the City of Chicago in Moscow and Kyiv and has graced stages throughout Europe and South America and was featured in the Jazz Opera, Don’t Worry, Be HaRpy by French composer Isabelle Olivier. Lynne is currently featured live with the great Corky Siegel Chamber Blues- “an exhilarating experience!” She has released two CD’s to date and is featured on recordings by Tom Waits, Urge Overkill, Toronzo Cannon and several compilations, most notably a tribute to Janis Joplin: Blues Down Deep: Songs of Janis Joplin which also featured Etta James, Otis Clay, Taj Mahal & Koko Taylor.