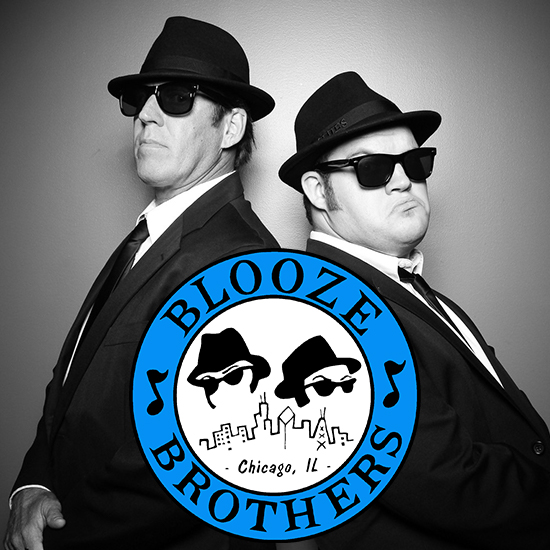 For over a quarter of a century (yes, really), The Blooze Brothers have been one of Chicagoland’s most in-demand show bands. The Blooze Brothers not only honor the music made by the original Blues Brothers in movies, TV, and recordings, but the spirit in which they played – from Dan Aykroyd’s love of traditional blues and soul to John Belushi’s love of classic rock. Like Aykroyd and Belushi, The Blooze Brothers fuse those great musical traditions into a stage show that energizes and delights hundreds of thousands of music fans across the greater Chicago area and beyond every year.

We’ve played for major corporations like Microsoft and Kraft, major venues like Soldier Field and the House of Blues, plus hundreds of festivals, theaters, weddings, backyard barbecues, and everything in between.  The band was also honored to represent the State of Illinois and perform at a Presidential Inauguration in Washington, DC.

With a combination of two high-energy frontmen, a dynamic female lead singer, some of Chicago’s top musicians, and our 1974 Dodge Monaco Bloozemobile replica, the Blooze Brothers provide a musical experience that can’t be beaten!