AN IRISH HEARTBEAT: A Musical Tribute to Van Morrison 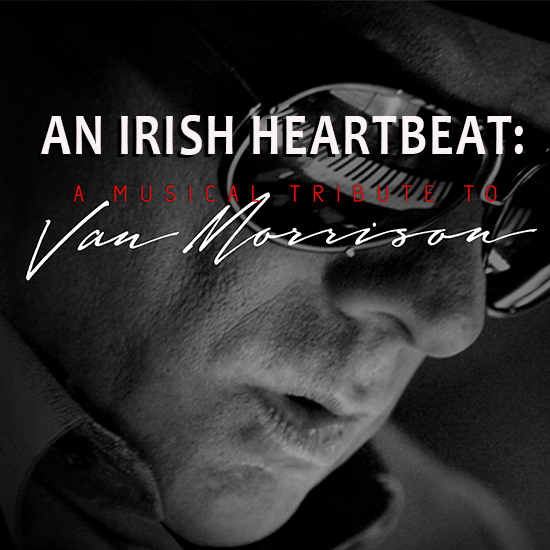 AN IRISH HEARTBEAT: A Musical Tribute to Van Morrison

Soundtracks Of A Generation’s creates an unforgettable night of music from the Van Morrison songbook, featuring singer/harp player Derrick Procell.

As a small child in Belfast, Van Morrison used to love listening to his father’s Hank Williams, Jimmie Rodgers, Muddy Waters, Mahalia Jackson, and Leadbelly records. He became a traveling musician at age 13 and formed Them in 1964 at 19. Van Morrison’s complete understanding of the gospel, jazz & R&B idioms makes the prospect of forging a tribute show to the Belfast Cowboy a wonderful challenge.

Listen to the Van Morrison hits you love and span the musical genres of this incredible singer/songwriter’s 55-year career. Don’t miss this fast-paced 2-hour show that pays homage to the most original of artists.

Derrick’s been singing since he was a kid.  He was in bar bands before he was legal.  He did his first recording as the lead singer in a band, Mothers Worry when he was 16, and ever since then, he’s been, Mr. Studio Guy.

Originally hailing from Milwaukee, he was always a sought-after frontman. This led him to a lengthy stint with Midwestern faves, Arroyo. His energy and talent together made him irresistible to audiences. Always in great demand, he has logged over a million hours on stage and in the studio, including providing vocals for advertising giants like McDonald’s, Chevy, Budweiser, Coca-Cola, and Kellogg’s.

Of course, an incredible singer who’s also a smokin’ musician is going to write songs.  Some earlier stuff that he wrote for the bands he was in won all kinds of awards. Derrick’s songs have been recorded by The Brooklyn Tabernacle Choir, Logan Daniels and Melissa Manchester.

You have heard Derrick’s songs on My Name is Earl, TrueBlood, Criminal Minds, Boston Legal, Saving Grace, The Office, True Blood, and King of the Hill. And the Oscar-nominated film, Lady Bird, was home to one of Derrick’s co-written songs, Back To His Girl.

Derrick’s songs have been included in projects by The American Cancer Society, Music From the Heart, and The Children’s Heart Foundation. He has also been the recipient of songwriting awards from the Wisconsin Area Music Institute, Los Angeles Songwriters Showcase and Billboard Magazine.

The last several years have seen Derrick teamed with Grammy-winning lyricist Terry Abrahamson, co-writing a vast catalogue of hits. While a growing number of artists are finding out about their amazing collection of songs, their current success with the release of their tune, In The Blood of the Blues, on Grammy nominee Shemekia Copleland’s new record, America’s Child, is bound to open many new doors for them.