An Evening with Kevin Pollack: With A Little Help From My Friends 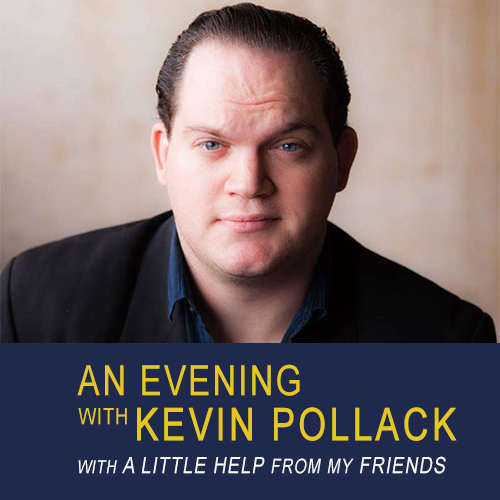 An Evening with Kevin Pollack: With A Little Help From My Friends

Join Kevin Pollack and friends as they travel through his musical autobiography of the music that influenced him throughout his life that got him to where he is today. Hailed by the Chicago Tribune theatre critic Chris Jones for having “more gravel in his voice than I have in my backyard”, Pollack’s unique, powerful vocal stylings will take you on a journey through his musical soul from Motown to Michael Jackson to Broadway’s best and more.

Kevin Pollack is a talented up-and-coming singer/songwriter & actor widely known throughout Chicagoland. Influenced by Pop, Rock & Soul groups of the 60s, 70s & 80s, Kevin has been working on developing his own genre style known as NuTown (New Motown), bringing the sounds of old and new together. In July 2020, he released his debut EP, “The NuTown Sound, Vol. 1”. His music has been heard on the Chicago Sound Check, The Big Beat on WXRT 93.1FM, the Reduced Shakespeare Company Podcast, Hollywood Chicago, The Underbelly Hours WRSE 88.7FM, Hit-Mix WEIU 88.9FM, and Nocturnal Journal with Dave Hoeskstra live on WGN Radio.

In addition to creating his own music, Kevin performs as Jake Blues in the Midwest’s #1 Blues Brothers tribute The Blooze Brothers. His theatrical credits include appearances with Black Ensemble Theatre, Oil Lamp Theatre and the Allen & Gray Musical Festival. He is a frequent singer of the National Anthem for the Chicago Dogs. His second EP “The Other Side of Me” was released in December 2020.